There is a virus in ths world. It’s called corruption, and can make people very rich. But those who engage in it should know that, one day, they will be unable to find peace anywhere under the sun. Corruption and other politicians’ crimes might sometimes look harmless and unthreatening from the outside. It’s easy to commit small crimes without ever getting caught, and someone can perpetuate small dishonesties throughout a lifetime, justifying them with all kinds of faulty reasoning. But deep inside, he knows that he has committed a transgression.

Many dictators went crazy after years of despotic rule, as Walter Rodney pointed out in his article People’s Power, No Dictator in 1979. Saddam Hussein previously boasted of being a dictator like Hitler. ‘But nowadays,’ says Rodney, ‘Hardly any rulers admit that they are dictators. The demand for freedom has become universal, and repression feels the need to camouflage itself.’ Thus Saddam’s regime in Iraq faked elections to make it seem as if people voted for the dictatorship. Saddam claimed to have the support of the Iraqis he was butchering.

Robert Fisk, Middle East correspondent for The Independent, whose book The Great War for Civilisation: the Conquest of the Middle East has been published in 2005, painted a picture of deepening chaos and misery in Iraq more than eight years after Saddam Hussein was toppled.

I personally remember the day of freedom in 2003. I was watching TV in my house when I heard that Saddam’s both sons, Uday and Qusay, had been killed by an American attack. I had a headache; I felt as if somebody had hit me in the head. I was very angry. I wanted them to be tried in court for their crimes.

Consider Uday Hussein who, in 1990, wrote to an uncle, ‘It is difficult being in the family of Hussein. People want to kill us.’ Like father, like son. Qusay was given a leading position in the ruling Baath party. Many commentators in the Arab world at the time cited this move as a clear sign that the struggle for the succession had been decided in his favour. On the other hand, Uday was one of the regime’s most hated figures, with a reputation for torture, murder, rape and corruption. Qusay, the eldest son, was placed second, and Uday third, in the American army’s pack of cards listing the 55 most-wanted from the former regime.

Threats to liquidate journalists in Iraq

The Journalistic Freedoms Observatory has documented numerous testimonies of Iraqi journalists who have been threatened with physical liquidation by armed groups and other influential political figures for their coverage of financial and administrative corruption.

This comes after documented threats to journalists in Mosul, where security forces found a ‘liquidation’ list of 44 journalists and local cameramen in raids on armed groups’ headquarters. Journalists in Baghdad complained of direct threats that threatened them with physical liquidation.

The Journalistic Freedoms Observatory (JFO) expresses its deep concern at the escalation of threats against journalists and the media from several sources. It points to the necessity of urgent action to prevent the recurrence of threats and physical liquidation of Iraqi journalists and journalists, who have not yet been arrested or denied, and the need for security forces to carry out their duties and open extensive investigations to identify the parties behind the threats and prosecution and bring to justice.

Today Iraqi’s are struggling to confront the corruption, yet the hope to clean up the country is far away. 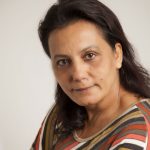