I’ve experienced firsthand the way the new state of South Sudan treats its journalists. Since it became independent in 2011, the government has come to see us as a national security threat, doing everything in its power to stop us from investigating corruption and human rights violations.

I’ve been beaten up, threatened, detained and followed. I’ve returned from a day’s reporting with bruised ribs and split lips. But I’m lucky: many of my colleagues haven’t lived to tell their stories. In the past five years, eight journalists have been killed for doing their jobs. South Sudan is now ranked 140th in the World Press Freedom Index, even though our information minister claims that ‘we are the only country where there is absolute freedom of the press and media’.

My first arrest came in 2010, the year before South Sudan broke away from the north. I was detained with my cousin and accused of murder. At first, we didn’t worry too much. We thought it was routine. We were naive. A series of humiliations and torture followed. ‘We shall beat you enough so that you can return on radio and explain to your listeners that there are men out there who beat journalists,’ an officer told us.

Three years later at the same police station, I was arrested again by police officers who had become emboldened by the harsh anti-journalist rhetoric espoused by the government. I was beaten, shaved and lashed ‘for being a criminal’. My crime was journalism. These same police officers were given further encouragement to crack down on dissenting voices when, in 2014, president Salva Kiir passed a bill giving the national security forces (NSS) new powers. Despite widespread local and international criticism, it was signed in to law, allowing the national security agency to arrest and detain them for the first time.

‘The scope of the powers granted to the NSS in this bill flies in the face of international norms and South Sudan’s own constitution,’ said Daniel Bekele, Africa director at Human Rights Watch. ‘Instead the bill grants security officers wide powers without judicial oversight or clear limits on when they can use force.’ The climate of suspicion and violence has escalated since then. In January 2015, just a few months later, five journalists were killed by unidentified gunmen in what the Centre to Protect Journalists’ Tom Rhodes described as a ‘devastating attack on South Sudan’s already beleaguered press corps.’

The two-car convoy was travelling between the towns of Raja and Sepo in the north-west of the country when assailants opened fire from both sides of the road. The victims were allegedly shot and attacked with machetes before being set on fire. I decided to leave this toxic environment. It had become clear that the only way to avoid arrest was to stop writing.

Colonel Phillip Aguer from the Sudanese People’s Liberation Army (former SPLA Spokesperson, now governor of Jonglei State) claimed Ugandan rebels were responsible, while state governor Rizik Zacharia blamed the attack on an opposition group led by Riek Machar, Kiir’s former vice-president. No one has been charged for these crimes.

That same year, Peter Moi, a reporter for the New Nation and Corporate newspapers, was shot dead for his reports. Clement Lochio Lomornana was detained and is now missing and presumed dead. Pow James Raeth, a reporter for Radio Tamazuj, was shot by unknown gunmen. Chan Joseph Awer, a reporter for the Al Maugif newspaper, was kidnapped, tortured, dumped in a cemetery and warned to stop writing if ‘he valued his life.’

Another journalist, working for United Nations Mission in South Sudan (UNMISS) radio station, Miraya, who has been in detention since 22 August 2014 was recently released (Thursday 25 May 2017). George Livio was never officially charged with any crime and has been detention a secret location. His family was allowed visitation only once since his arrest.

A statement attributed to the Office of the Spokesperson of UNMISS welcomed the release of George Livio. Two other UNMISS staffers arrested along with George are still in government detention. George Livio declined to comment when contacted by Voice of America. ‘UNMISS continues to urge the South Sudanese authorities to respect national laws and the fundamental principles of due process under international human rights law,’ said a statement from UNMISS.

Speaking at a recent Media Consultative Dialogue (one of many over the years involving journalists and security operatives -Police, National Security, army), Association for Media Development in South Sudan (AMDISS) chairman, Afred Taban slammed the Media Authority for not addressing the welfare of journalists.

‘The Media Authority is dysfunctional because since it was formed, three media houses have been shut down; at least three journalists have been brutally assaulted and left for dead at graveyards and many others have fled the country,’ Afred explained. AMDISS says it is still concerned with the continued closure of five media organisations; Nation Mirror Newspaper, The Citizen Newspaper, Al-Rai Newspaper, Al-Taabeer Newspaper and Free Voice Radio.

Many hold Kiir responsible for creating this dangerous climate. Just two days before Moi was shot, the president told media: ‘If anybody among [journalists] does not know that this country has killed people, we will demonstrate it… Freedom of the press does not mean you can work against the country.’

I decided to leave this toxic environment. It had become clear that the only way to avoid arrest was to stop writing, and I wasn’t prepared to do that. My decision to leave Juba was abrupt but decisive. I took my family and went to Uganda, but I was unable to find a job. International Media Support, an organisation based in Denmark, along with Freedom House in the US, came to my rescue and provided money for security, healthcare and housing in Kampala. But I don’t want to rely on handouts from international media organisations.

In my absence, the Juba Monitor, where I was once the managing editor, has reached a compromise with security services, promising they would prevent me from participating in any news reporting and writing, even from abroad. My former senior staff writer, Joseph Lagu who was promoted to Managing Editor position has since fled the country as well. Even in refugee camps in northern Uganda, he says, security officers from Juba are able to track journalists and other civilians who have expressed dissenting voices.

I have since come to the realisation that it may never be possible for me to return home. If the government does not change, the risks for me and my family are just too great.

This article (first version) was part of the Guardian Africa network’s Sudans takeover. 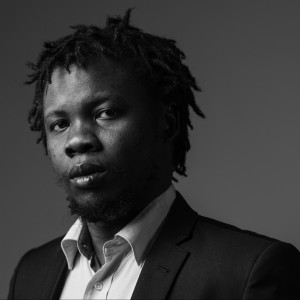 I am Opoka Christopher -Journalist. Writer. Activist. I
was born in what was then Sudan; spent my early
childhood in refugee camps across Uganda
(1990-1995). Educated through Catholic church
scholarship. I hold a diploma in Journalism. Returned to
Sudan in 2005; worked in newspaper, radio and
international consultancies (USAID, DFID, NPA). Over
the years, I have devoted my energies toward
investigative journalism; human rights, tracing money
and abuse of power. As a result of my brand of journalism, I have been arrested, detained and tortured multiple times. I have recieved verbal death threats from senior government officials and security operatives. I was invited to the Netherlands for a three month stay, after which I made the decision to seek asylum. My asylum application was granted this year (April 2017) and my focus is now to rebuild my life and career as a journalist.