style=”text-align: center;”>Whatever happened to all the heroes? All the Shakespearoes? They watched their Rome burn
The Stranglers
style=”text-align: left;”>My childhood was full of stories about heroes, mostly dead ones. Like in all socialist countries of that time, the values system was simply created in that way. The shadows of dead heroes were all around us. We learned about bloody stories of their sacrifices every day at school, we sang together about them, we walked through streets named by them, we learned verses about them by heart, and on special days we brought flowers to their monuments and graves.
style=”text-align: left;”>That was a case of overkill – endless repetition which devalued every value. Nevertheless, somewhere deep in our children’s hearts we felt a kind of respect for all those who had fallen for our freedom, happiness, brotherhood and unity and the bright future for all our nations. Now, a new story has emerged. After new wars and new “revolutions”, most of their names have already been forgotten. The streets in most Balkan cities have changed their names.

style=”text-align: left;”>In the late 1970’s I studied comparative literature and philosophy at University of Sarajevo. We missed the student revolution of ’68 as we were still children then. It wasn’t common knowledge, but there were big demonstrations in Sarajevo at that time.  As a nine-year-old child I heard students walking down my street towards the city center, calling on the workers to join them. The workers never came. Instead, the People’s militia was sent by the leadreship and the streets dawned in the morning all colored red from students’ blood. That was the price of being more leftist and ’truly’ marxist than your own communist government. But, no one was put in jail. Even later, the regime lured to his side most of the student leaders and rewarded them with good positions in society, culture and politics. Despite of all that, no news came out about the Sarajevo demonstrations of that hot summer 1968. That subject was a kind of taboo and the silence lasted for some twenty years, as if nothing ever happened.

style=”text-align: left;”>Ten years later we had nothing else to do other than to invest all our creative energy in some kind of sublimed, aesthetically covered, rebellion – through rock and roll, poetry, theater, arts and humor. None of us wanted to be a hero. Even the trend of the times was pretty anti-heroic.
style=”text-align: left;”>By force of circumstance, we got onto a world-wide open stage as a part of something which was known as the spiritual (or cultural) resistance of Sarajevo during the siege of the city in early 1990s. At that time, being rebellious was not a question of some romantic need, but a simple need to survive the enormous destruction of all values, material and spiritual.
style=”text-align: left;”>In our youth we thought that we’d grow up as a spoiled generation. We believed in a slow evolution of society, that the system would simply die a kind of natural death and that democratization would be a logical and dialectical consequence. But at once, we found ourselves in a middle of a historical cruelty, recognizing that the entire time we were merely a small intellectual minority, too weak to resist nationalistic brutality and awoken atavism.
style=”text-align: left;”>During my student times, myths were still in books and history was still far away from us. Ancient gods, old philosophers, Shakespearean characters, Latin poets, middle-age legends, romantics and modernists walked through our lives. The friendships from studies were also something very special. There was a kind of unity in spirituality, sharing the same thirst for cognition, the passion for the unknown. It made all of us feels like a part of some secret sect, in a kind of holy alliance which must last forever.

Aida, librarian in the ashes of books

style=”text-align: left;”>Aida Buturović was in a study group with me. We met in classes and became very close friends. She would call me when she had problems with her boyfriend and we’d speak for hours. Aida was also a very good student, probably the best among us. She was good looking and very intelligent, she had great passion for foreign languages and spoke several languages perfectly. She could translate texts from English, Spanish and French. The last time I saw her was just a few months before the outbreak of the war, in front of the Sarajevo library where she worked.
style=”text-align: left;”>I remember the day when I heard about her death. Communication in Sarajevo during the war was very bad, and not many phones functioned. News, mostly of the worst kind, spread slowly through the city from mouth to mouth. One neighbor told me that Aida had been killed a few days before on the crossing close to the Presidency building.
style=”text-align: left;”>I had some spirits: half a beer bottle filled with pure alcohol. Even though all days were really hard, I saved it for hardest one. I took the bottle, drank a bit while red, luminous bullets flew in front of my broken window. I looked at the fires in the night spread all around the city, strong alcohol carved through my soul, I felt empty – “the Nothing self” as some philosophers like to say.
style=”text-align: left;”>Later, I learned that Aida was killed by a single mortar shrapnel directly into back of the head. She was on her way back home from the already burnt library. She had been trying, together with her colleagues and some volunteers, to save what could be saved from the ashes of our national book collection.

Siniša, the last voice from Vukovar

style=”text-align: left;”>Siniša Glavašević came to our faculty from Vukovar. He was a kind of a freaky guy, crazy about poetry. He even looked like an old fashioned poet. He dressed like one, he moved like one, he spoke like one and he thought like one. He knew hundreds of poems by heart and he was a very good interpreter. He succeeded even in earning some pocket money by working as a professional reciter at a time when poetry was no longer in trend. I used to act in a student theater group and we did some things together. We shared the same passion for arts and the beauty of words, having good fun, sometimes spiced up with a taste for cheap wine and crazy music.
style=”text-align: left;”>After graduation, he went back to Vukovar and I did not hear anything about him for years. In 1994, after two years of isolation in besieged city I went to Vienna and stay by a mutual friend who told me the last chapter of Siniša’s story: Vukovar was attacked by Serbian forces and flattened to the ground. Siniša worked for a local radio station. His words, poetry and strength were the last signs of hope for thousands in the bombarded town. He stayed by his microphone until the last moment. When the Serbian army and paratroopers broke in, he was taken away and killed immediately. His remains were later found in the Ovčara mass grave. He ended as Federico Garcia Lorca or like Ivan Goran Kovačić. In his last days, he faxed his writings, condensed and very powerful stories, to his friends in Zagreb. They were later published in Croatia, as his first and last book. 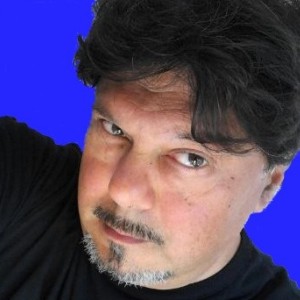